The People of the Lie by M. Scott Peck 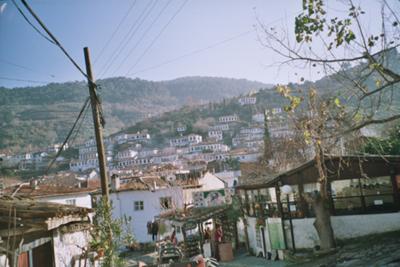 People we don't see but they are present

I have read many of Scott Peck's Books. Most of his experiences and observations of people, and family illness and denial, resounded as a chorus. When I felt his affirmations, leaping from the pages of "The Road Less Traveled" and later "The People of the Lie".

He paints a vivid picture of egocentric narcissist; it was as if he and I had encountered the same people in life. He provided a validation of what I had observed in the mindset and habits of family and neighbors whose internal demons surfaced in the relationships I attempted to cultivate. What I was unaware of then is the Law of Attraction. He opened the door for me to enter, an entire uncharted landscape.

In early childhood and pre-birth I absorbed an assortment of negative reactive responses. Of course, as a fetus and infant and toddler, survival is the primary focus, the issues I speak of are stored in whatever space selected. My point is we attract unwanted outcomes beneath the level of conscious awareness, and when the consequences unfold we react in disbelief and shock in most cases. But the concealed therapeutic energy gleaned from authors such as Peck, and many others, reached the depths of the storage areas where the unwanted attachments operated from. Allowing me the choice to dissolve them and take responsibility for my self discovery and disallow the unwanted implants to subsist off of my personal resources.

Most of us go about life attempting to fit in to family or peer group. But always at a price: The price of fitting in the box of limitations. While it may feel lonely or isolating, it is the doorway to real liberty and freedom, once we realize we are empowered from sources internally that determine eternal outcomes. We are operating from the summit instead of the valley. Seek Ye first the Kingdom Of God and it's Perfection, Lord Show us the Kingdom, the Kingdom of God is within you. It's not physical, it's a creative resource comprised of pure energy.

I now realize I can allow whatever I choose to unfold, it's not the power of the State or any rubber stamped laws or creeds that create my intentions. Today, in the moment, it is my choice to create what benefits collective humanity and all life, and in doing so, I'm the benefactor and receiver of dividends. "The People of the Lie" - The ungodly is not so but as the chaff which the wind driveth away.

It is my hope those who read this will be re-energized in a new framework as I am, and we no longer attract unwanted events and outcomes.

The moment is a choice we can rejoice or grieve, whatever we focus on will stand before us. Rejoice, and again I say rejoice.

Evelyn T. Woodson
Expounding on "The People of the Lie" by M. Scott Peck